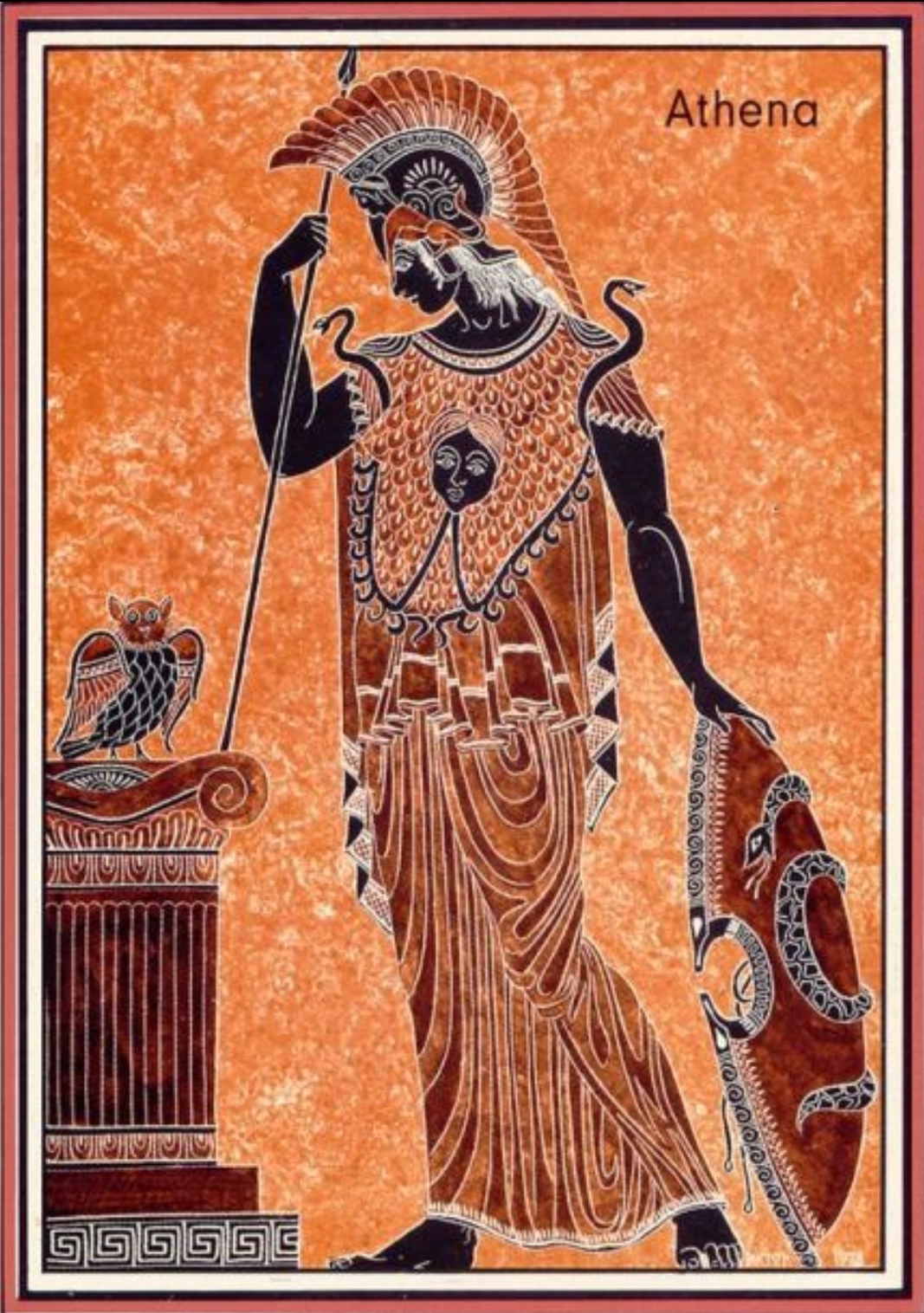 “…after the rise of black slavery and racism, European thinkers were concerned to keep black Africans as far as possible from European civilization.”

I can’t think of a better place to juxtapose a presentation about the paradigms of “race and color” in our society than those institutions representing art and culture in our own communities. A place where racial lines and delineations, as well as cultural demarcations and decisions, are both cataloged and carefully kept. Where separation of aesthetic interpretation and values are established and assigned – and feelings about cultural relevance are reflected and illustrated for public viewing.

As we begin to acknowledge, some of us for the very first time, that dominant cultural groups and their appending resources get to decide: “What is ‘true’ art?“– and what isn’t, “What is beautiful and palatable?”— and what is not,” and: “Who should be allowed into the ‘mainstream’?” and who shouldn’t. The social standards and racial patterns within our society today are axiomatic.

It is in this spirit of our very first “What is Color? What is Race? -A Presentation of Black” event that I challenge audiences everywhere to walk into a gallery of your choice and ask questions about what you see and what you do not see. Then continue on to ask why. -Push the race and color envelope. Don’t be afraid, but even if you are: “Do it afraid.” You can make life different for yourself and others by understanding the invisible grid and standards hidden in plain sight. There are reasons why the images that shape the world are still defined in “black and white” today. We are thankful for the opportunity to bring them forward.

The Art of Casting in Racial and Social Determinants

“Any engagement with racist images today must be clearly framed by critical questions about the past and present.“

That which controls the “images of man” controls mankind. As we think, feel, see, and perceive ourselves -“so are we.” When you look into the mirror of American culture what reflection of your identity do you see? What portrayal of ethnicity, race, national origin, or heritage do you experience? Do you see slaves or masters? Bondage or free? Rich or poor? Oppression or liberty? Superiority or inferiority? Darkness and negativity or virtue and light?

What we are presented with about our history and identity through the lens of art and culture dominates and subjugates people and nations. It can either accurately describe the ebb and flow of humanity – or completely change its stream and direction. May we now begin a new movement to examine the shapes, imagery, and definitions that control the thoughts and social constructs of our masses.

The “imagine-nation” of groups of people has defined us and is now a self-propelling narrative. Art and perceptions of “superiority and inferiority” where so-called races or ethnic groups are concerned are culturally superimposed by those who hold the power to control a message.

As we look to understand how the concepts of race and color have shaped every aspect of our culture today we must never forget the powerful role that art has played in the construction of it.

“If the stain of racism is a varnish upon the soul unlike any other – art as a medium to create or destroy cultural narratives and ideas is its finest application.”

The role and power of art throughout history is a ubiquitous one. Art is a way to communicate human intelligence, creativity, energy, and the interpretation of form. Art’s ability to cast the very images of the human soul upon its subjects is one of the most powerful tools and social mediums of mankind. We must not overlook, but more, never underestimate its authorship and design in our lives. “Control the images of perception, control the identity of the nations.”

The power of art –and the wielding of it, to articulate and appropriate one’s own personal and cultural ideas, values, and messages can also be used to reinterpret and misappropriate the identifications and human markers of others, -and has. Art delivers to us important information for our historicity and chronology of truths about peoples, cultures, and societies. Information that has been used to re-image, to misappropriate, and to even destroy artistic and cultural evidence that is “inconvenient” for those in places and positions of power.

This pattern and practice of a “changing” and a “changed narrative” is not a new one. It is as ancient as culture is itself. Using the revisionist method of controlling messages and populations through its art and history has existed in perpetuity from the beginning of “conquering and being conquered” –and is a central part of our cultural legacy of race and color today.

While it is true that every culture and society of peoples translates itself and the world around it through its own views, values, and centrism, not all groups having the motivation and power “have seized the opportunity” to change the cultural content and narratives of others. To not only change it but also engage in the mass reproduction and the counterfeit of it.

Removing the Black Roots of Western and World Civilizations

The rise of revisionist technique – and the artificial logic and rhetoric necessary to extend it – arises from the Middle Ages, Renaissance, and Romanticism periods (though it is certain that Antiquity invented racism and racial construction). The separation of Egyptian primary influence from Greece and Hellenism was absolutely essential to its success. We see its dutiful workmanship to the point of delusion to “scrub” the global African presence and to conceal the Nile Valley as well as the Olmec peoples as “parent civilizations.” A noteworthy accomplishment. Great black civilizations around the world would now need “white explanations” in racist academia to explain them.

People of color are beginning to collectively understand that they cannot expect the same people that colonized them to teach them their history, culture, and heritage – or to provide the accurate artistic portrayals that reflect them.

In the highest illustration of revisionist methods and efforts known today, we need simply to review the many fine examples found within the modern period that defaces Egypt and the ethnic identification of the Egyptians– though it is far from the only one.

The massive effort across scholastic disciplines to rip Egypt from its African roots, and the disappearance of the past and its evidence to arrest this crime is one of the most well-documented examples of artistic, anthropological, and historical revisionism in human history. This inversion of black culture is what sets the stage for their ‘Egyptian problem’:

“If it had been scientifically ‘proved’ that Blacks were biologically incapable of civilization, how could one explain Ancient Egypt – which was inconveniently placed on the African continent?”

Europeans would go on to engage three primary solutions.

What we find is that from their color to their ‘race’ to their contributions to the Ancient Model of human civilizations “Egyptian history” would not fit the emerging Aryan hegemony. Creating the necessity for a new cultural norm and paradigm shift –from the “sharing” of cultural information to the new “conquering, pilfering, and extracting” point of reference.

Art (and its many presentations of evidence for historicity and credibility in primary sources) has never lost its cultural prominence or significance. The citation for African contributions was (and continues to be) a major problem for new “replacement” Aryan and Common Era models of Antiquity. These attempts to emasculate the authority of antiquity and the ancient period with a whitewashed veneer is the bedrock of our current intellectual fraud and counterfeit cultural representations today.

Art and the trail of evidence that it leaves all around us is indeed the medium that “rocks” the psychology of mankind. We must never underestimate its status to both affirm and deny the human soul of its credentialing, and very existence. Modern color politics is unsatiated in our society and continues, unabated.

What we now called “cultural appropriation” is really the historical pen of power. Still, a very effective technique to discredit foundational black contributions to all the world’s civilizations.

We can see the undermining evidence and influence today within every fabric of our American history and heritage: in our presentations of art, history, language, culture, and belief systems. When the foundations of cultural truths are compromised or destroyed, we have a house that begins to crack and implode. “America is now experiencing her breaches.”

Community cultural and artistic centers should be a lifeline of support for bringing people together to better understand the reasons for racial inflammation and why social fractures still exist in our society today.

–Deborah Garner, President, Make it Different Foundation and the “What is Color? What is Race? A Presentation of Black” project.