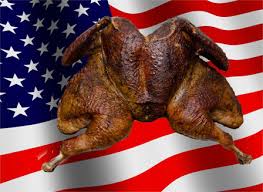 There’s a fascinating dynamic and recurring trend throughout the portals of history — and if the saying is true that history is really just a “pattern of events” then the Spanish-Columbus/Indian and English-Colonist/Indian narratives can be best understood as concentric European relationships.

How are these historical events and narratives alike? How are they different? Today, we can still analyze and decide what pieces of information are most relevant to the facts and discussion of where that truth actually takes us, but one cultural phenomenon remains quite undisturbed:

“In classrooms across this country, Columbus Day and Thanksgiving remain firmly in position and in such a way that the events themselves become as ‘one living memory.’ A memory that creates a fictitious world of both ‘make-believe and fantasy’.”

One part is that a man with both confusing geography and sense of being is venerated for doing something that he didn’t actually do (and that no one should ever want to take credit for actually doing) and the other is a group of ‘Colonists’ representing everything thought to be “pure, holy, and righteous,” as if to purge the collective consciousness of a nation that still can’t seem to wash itself clean.

It’s just like all political narrarives; the ones you are told often enough are the ones that actually become “true.”

Neither event being historically accurate or grounded in the reality of fact — of either America being ‘discovered’ for the first time or its first ‘official’ “festival of thanks” ever really happening as foretold.

The convenient juxtaposition of these two institutional narratives (Columbus Day and Thanksgiving) is just that. A historical rearrangement and assertion of both facts and fiction. “They are the national hallmarks born out of a ‘social etiquette’ and political convenience of those who ‘won’ their battles.”

It should also be noted, and never forgotten, that both of these “American memorials” claim within them a divine providence and “connection” granted by ‘God himself’ to usurp the rights to other people’s land, personhood, and property.

So, what can really help us process the plethora, and seemingly unending abundance, of “unsettling information” during these times of increased “cultural awareness” and social ‘consciousness?’ It is to try to understand what has happened to us as a nation by first identifying what has happened to us as “individuals.” To understand our own personal journey as citizens within the social experience. One of those moments begins this way. . .

If we can ever learn to see history from the standpoint of others, we will become better and stronger people in these here United States. This year, let’s challenge ourselves to see our relished holidays through the lens of neighboring cultures and groups – instead of through the history of stoic nations and states. If Henry Kissinger was right, that “History is the memory of states,” then we owe it to ourselves not be a part of that problem.

A people’s history doesn’t begin until they start telling their own story. A free nation cannot be safe until its citizens have the liberty to share their history.